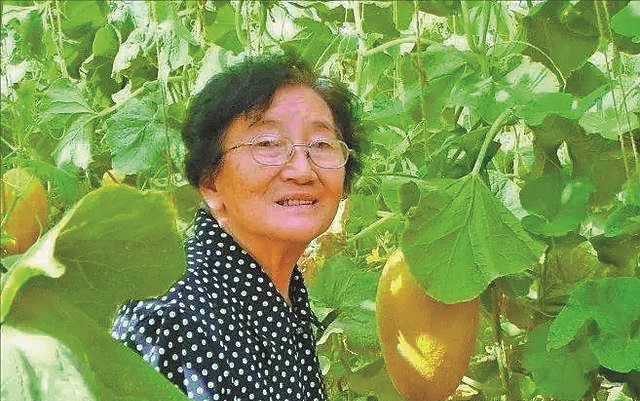 China produced more than 79 million metric tons of watermelons in 2018, becoming the largest producer and consumer of the fruit in the world, according to data from the Food and Agriculture Organization of the United Nations.

Ninety-two-year-old Wu Mingzhu, a native of Wuhan, Hubei province, is the unsung hero who has helped make this possible. She was admitted to Southwest Agricultural College in Chongqing in the late 1940s, majoring in horticulture and a fellow alumnus of late Yuan Longping, the "father of hybrid rice".

"It's no exaggeration to say that about 80 percent of the watermelons and sweet melons served at people's dining tables every day are the result of painstaking efforts made by Wu and her team over more than 60 years," said Zhang Wenjun, a colleague of Wu's and director of the Hainan Sanya Breeding Center at the Xinjiang Academy of Agricultural Sciences.

Yang Xia, Wu's son, said she was dedicated to her work.

"After two years of application setbacks, my mom succeeded in realizing her dream of starting her career in the Xinjiang Uygur autonomous region in 1955," he said. "She left Beijing, and for more than half a century, she devoted herself to breeding sweet melons for the people."

Helping others had long been a dream of hers. "The most beautiful thing in life is that everything you create can serve the people," Wu wrote at age 21, penning what would become her lifelong ambition.

Wu's efforts to grow quality melons began paying off in 1973, when she set up an offseason breeding base in tropical Hainan. The island province is now developing bases that are regarded as China's Silicon Valley of seed breeding.

Wu shuttled between Xinjiang and Hainan annually for many years to work. She is one of the 8,000 agricultural scientists who have come to the island from across the country over the past 60 years and have cultivated more than 20,000 of China's new seed varieties through offseason breeding.

The new melon varieties have been promoted to more than 1.86 million hectares of fields from north to south. Some of these varieties have been promoted overseas, as far as California. Wu's work has garnered her a number of accolades. The "queen of melons", as growers affectionately call her, became an academician with the Chinese Academy of Engineering in 1999 and an honorary citizen of Sanya in 2004.

Now dealing with Alzheimer's disease, Wu is often unable to recognize her former colleagues or even her family members who live by her side. But having toiled day and night cultivating new varieties since the 1950s, the memory of her melon work remains in her mind.