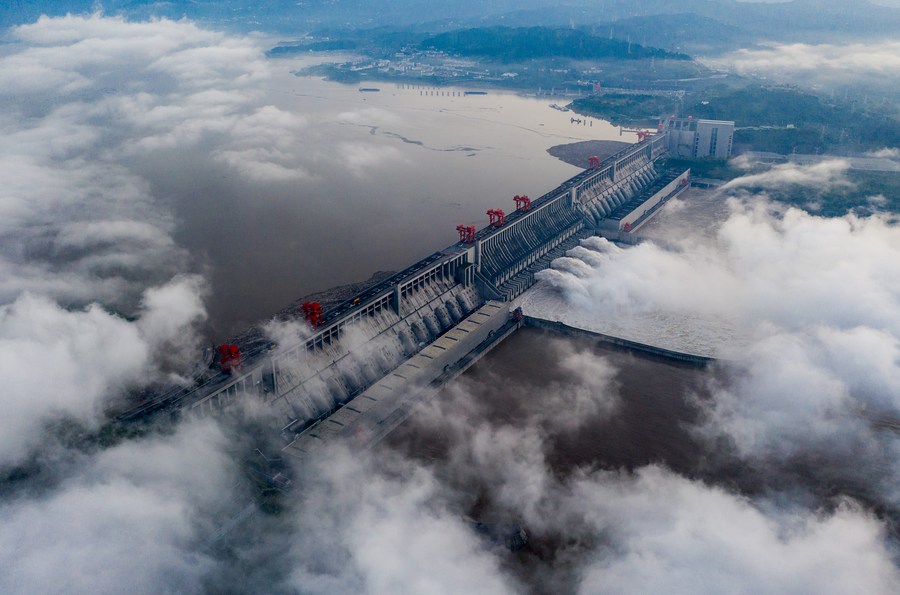 China is expected to further step up the development of pumped-storage hydroelectricity during the 14th Five-Year Plan period (2021-25), as part of the nation's broader efforts to deliver on its climate commitment of peaking carbon emissions by 2030 and achieving carbon neutrality by 2060, experts said on Friday.

Speaking at an energy forum held by the China Renewable Energy Engineering Institute, or CREEI, they said as the country ramps up the development of intermittent new energies and strives to increase their weight in the power-generation system, developing pumped-storage hydroelectricity projects can help maintain stable grid operations and, therefore, promote the construction of the new power system.

"As renewable power capacity in China continues to grow, a huge amount of flexible electricity supplies will become increasingly important for the grid, to deal with the fluctuating output of intermittent energy sources and to keep operations stable. This problem is due to the uneven power generation performances by renewable energies," said Zhang Zongliang, an academician of the Chinese Academy of Engineering.

Pumped-storage hydropower projects pump water to an upstream reservoir during off-peak times — that is, the times when there is redundant electricity; and when electricity is needed, the stored power will be released to the lower reservoir the same way a conventional hydro station generates electricity.

Hydroelectricity stations, especially the leading ones and pumped-storage hydroelectricity projects with strong flexibility, are a major approach to stabilize grid operations when transmitting power generated from new energies, Zhang said.

He is also the lead expert of the Power Construction Corp of China and senior commissioner of the experts committee of the CREEI.

Li Jian, chief engineer of the State Grid Energy Research Institute, suggested China should accelerate the development of pumped-storage hydroelectricity and encourage investors from the private sector to invest in the area.

"It is wise to proactively combine the development of new energy and energy storage, so that electricity production, transmission, consumption and storage will achieve coordinated development," he said.