Dedication helps bring firm in mire back to life 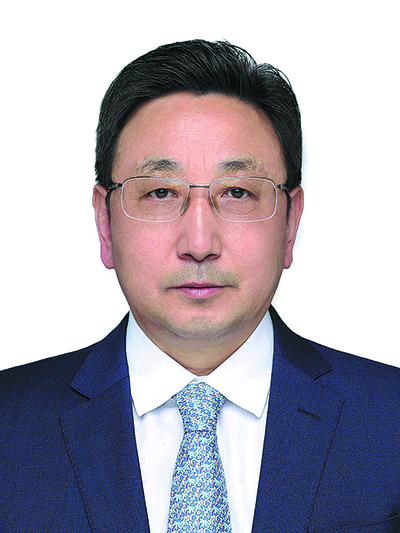 It's hard to refuse a job at a company that offers a salary of over a million yuan ($143,000) and a big mansion, but that's what Ma Yushan did.

Ma is a delegate to the 20th National Congress of the Communist Party of China and chairman of Wuzhong Instrument, a valve manufacturing company in Wuzhong city of the Ningxia Hui autonomous region.

In 2004, when Wuzhong Instrument was struggling due to failures in investment, nearly 200 technicians left the company and went to cities in East China for better job opportunities.

Ma, as head of Wuzhong Instrument, was a top choice for headhunters. According to the company, he received many job offers from listed companies in Shenzhen, Hangzhou and Suzhou, some of which offered him shares and million-yuan-level annual salaries. A company even offered Ma a mansion but it asked him to take about 300 staff with him from Wuzhong and start a factory that manufactures control valves in better-developed cities.

"If I chose to leave, Wuzhong Instrument wouldn't survive that crisis. I couldn't do things that were harmful to nearly 1,000 employees," Ma said.

Ma decided to stay in the company that he entered after college graduation in 1991. Ma's insistence finally worked out. Wuzhong Instrument is seeing big opportunities for development after a merger with China Automation Group in 2010.

In more than 30 years of work, Ma has been dedicated to scientific and technological innovation, engaged in control valve product design and making technical breakthroughs, and has tackled many problems that hindered the development of self-innovative automatic control equipment.

He has developed 12 series of high-end control valves, and tackled technical difficulties in developing deep-water and ultralow temperature control valves. The technologies and products are widely used in the energy chemical industry, in nuclear power generation and deep sea mining.

To date, Ma and his team have developed more than 440 inventions and patents, formulated eight national industrial standards, and independently developed 36 new products, among which 23 were categorized as national-level key products.

"As long as one can persevere and be diligent in technological research and development, he or she can make breakthroughs. Innovation is a strong driving force for the development of companies," Ma said.

As head of Wuzhong Instrument, located in a city in Northwest China, Ma has also dedicated his efforts to finding ways to attract talent to the company, which he said is much harder than it seems as professionals tend to go to better-developed cities for more job opportunities and better living environments.

In order to support the career development of his employees and attract professionals, Ma and his team have established a mechanism for staff training, improved welfare to solve problems that staff encounter at work or in life, and bolstered a better work environment.

"As an academician of the Chinese Academy of Engineering, I will continue to contribute to Ningxia's technology innovation, talent cultivation, cooperation and communication, and devote myself to the research and development of high-end control valve product manufacturing and upgrading," he said.