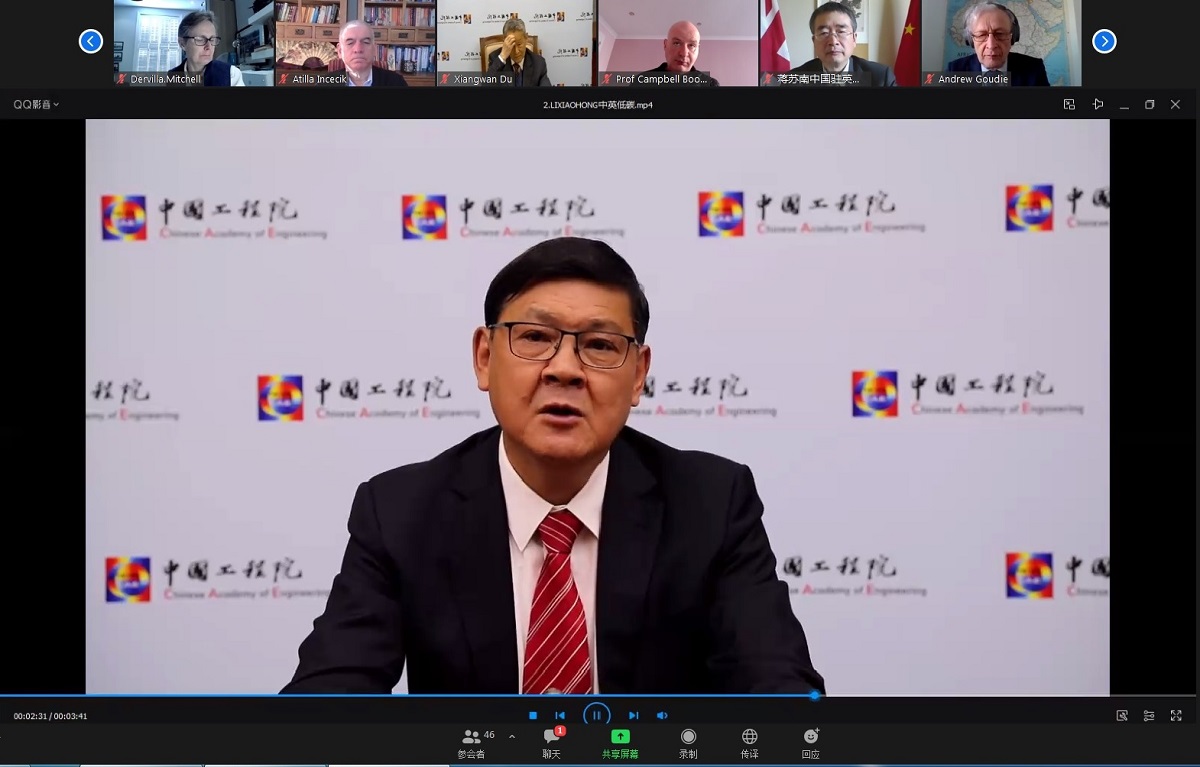 Li Xiaohong revealed that engineering technology plays an irreplaceable role in decarbonization. The CAE will be adhering to the good tradition of scientific and technological cooperation between China and the UK, conduct deeper cooperation with the UK on strategic paths and policy recommendations for decarbonization, and provide more scientific and objective advice for the two governments to achieve decarbonization goals, making China-UK cooperation on decarbonisation a successful example of joint efforts to tackle climate change. This China-UK cooperation can be regarded as an opportunity to encourage engineering communities of all countries to work together to address climate challenges.

Shu Yinbiao, member of the CAE and chairman of SPT Energy Group Inc., John Loughhead, foreign member of the CAE and former chief scientific adviser of the Department for Business, Energy and Industrial Strategy, Pan Jiahua, member of the Chinese Academy of Social Sciences, and Dervilla Mitchell, member of the Royal Academy of Engineering and vice-chairman of Arup Group Limited, gave keynote speeches on issues such as green and low-carbon development policies and decarbonization research and application innovation, respectively. Zhou Dadi, former director of the Energy Research Institute of the National Development and Reform Commission, presided over the interactive session of the forum. Du Xiangwan, member and former vice president of the CAE and honorary director of the National Expert Committee on Climate Change, and Sir Jim Macdonald, president of the Royal Academy of Engineering, made concluding remarks on behalf of the two academies.