The 2013 China-America Frontiers of En-gineering Symposium (CAFOE) was jointly sponsored by US National Academy of Engi-neering (NAE) and the Chinese Academy of Engineering (CAE) in Beijing on May 15-17th, 2013.

CAFOE was a bilateral cooperation plat-form set by the leaders of CAE and NAE in June, 2008 and it was held once every two years in turn. The first symposium was orga-nized in Changsha of China in October, 2009, while the second was held in San Diego of the USA in March, 2011. 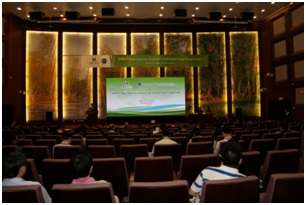 The symposium lasted for two and a half days which consisted of reports, poster sessions and a technical visit. The reports mainly fo-cused on four topics: “nanotechnology”, “the future internet and the internet of things”, “bio-MEMS” and “solar energy”. The poster sessions, held on the afternoon of May 15th in the CAE lobby, were divided into odd and even groups. All the symposium delegates were poster authors who, in two groups, answered questions and exchanged ideas in turn. On May 16th, in an arranged technical tour, the dele-gates went to visit the roof energy-efficient equipments in CAE office building and one of their producers, that is, ENN in Langfang, Hebei Province. 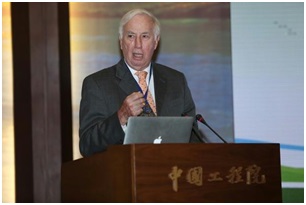 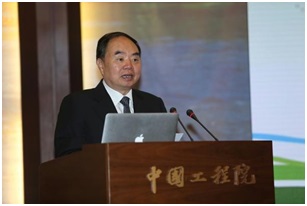 The success of the symposium provided valuable experience for our future high-level bilateral and multilateral meetings. During the symposium, both Chairmen and the CAE staff discussed related issues of the 4th Symposium which will be held in the United States in 2015. Both sides agreed that after the meeting they would further seek for options to revise and refine the 2015 symposium issues for leadership approval to start preparation work as soon as possible. (By the Department of International Cooperation of CAE, May 2013)