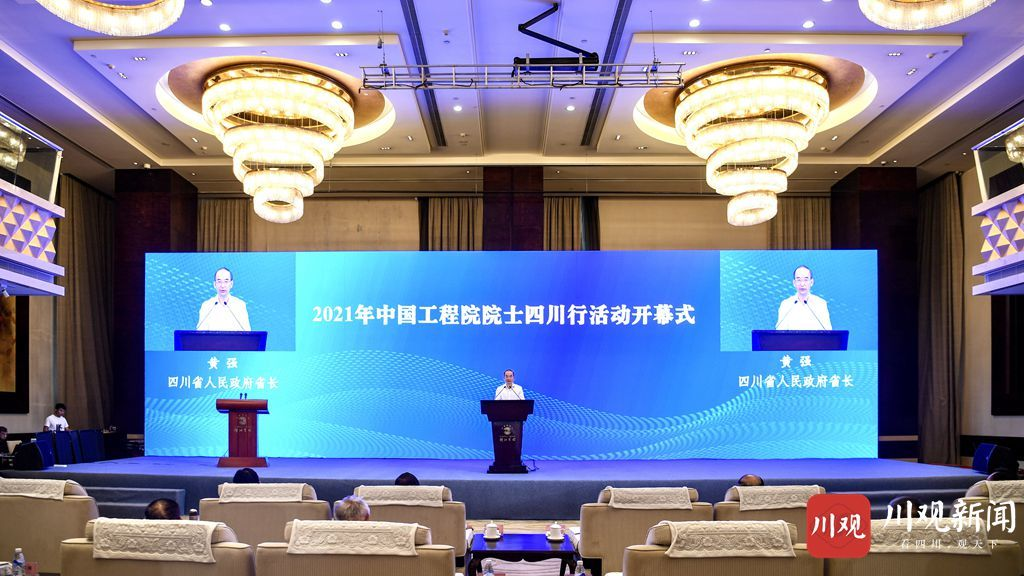 In his welcome speech, Huang said the province offers a solid foundation and unique advantages for development  thanks to strengths in science education, natural resources and clean energy as well as important strategies during the 14th Five-Year Plan, such as the Chengdu-Chongqing economic circle, a new western land-sea corridor, and ecological conservation of the Yellow River Basin.

Huang said he expects the CAE, as the highest honorary and advisory academic institution in China’s fields of engineering sciences and technology, will help introduce more resources, S&T results and talent to the province.

Huang also pledged that the province will implement support policies, nurture an innovative environment and provide quality services for CAE members and experts for innovation, business start-ups and other endeavors.

Li said that the CAE values its cooperation with Sichuan and  this study tour will help bring ideas and wisdom to bolster the province’s development.

The CAE will focus on major strategies such as the Chengdu-Chongqing economic circle and support in building national laboratories and the Tianfu Laboratory as well as construction of the Sichuan-Tibet Railway, and further developments in biomedicine, optoelectronic technology, rail transportation, and shale gas among other fields.

Joint research on key technologies by CAE members and experts will be organized to make new and greater contributions to Sichuan's quality development and accelerate the realization of S&T self-sufficiency and self-reliance, said Li.

Hu Yun, Secretary-General of the provincial government, presided over the ceremony. CAE Member Gan Yong delivered a keynote speech. Others who attended the event included He Huawu, Vice President of the CAE, Chen Jianfeng, Secretary-General of the CAE, the Director-Generals of relevant CAE departments, officials in relevant government departments of Sichuan Province and Chengdu City, as well as representatives from universities, research institutes and businesses.